Priestley and Azilum: Utopian Projects in the Valley 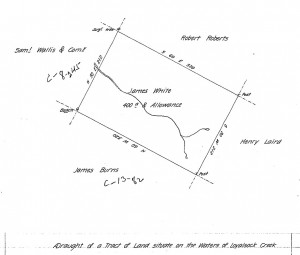 Courtney Nelson ’15 and a group of other students working with Prof. Alfred K. Siewers have been working on a project involving mapping and developing narrative and video documentary on landholdings along the North Branch associated with the family of Joseph Priestley and the neighboring settlement of French Azilum. Both were linked to utopian projects that swept through the Valley in the eighteenth and nineteenth centuries in the wake of the military removal of Indian nations from the watershed. Nelson has been mapping the extent of the Priestley landholdings, correcting previously inaccurate maps, and showing how they represented in many ways extensive real-estate business rather than a utopian project. Even so, the presence of Priestley–a complex figure as pioneering scientist, radical revolutionary, literal expounder of biblical prophecy, and philosopher of material determinism–helped inspire dreams of a utopian “Pantisocracy” along the Susquehanna by the Romantic poets Samuel Coleridge and Robert Southey. By contrast to Priestley’s revolutionary dreams of a refuge for “sons of liberty” along the river, the adjoining French Azilum was founded as a refuge for aristocrats fleeing the French Revolution, influenced by Physiocrat-agrarian ideas.